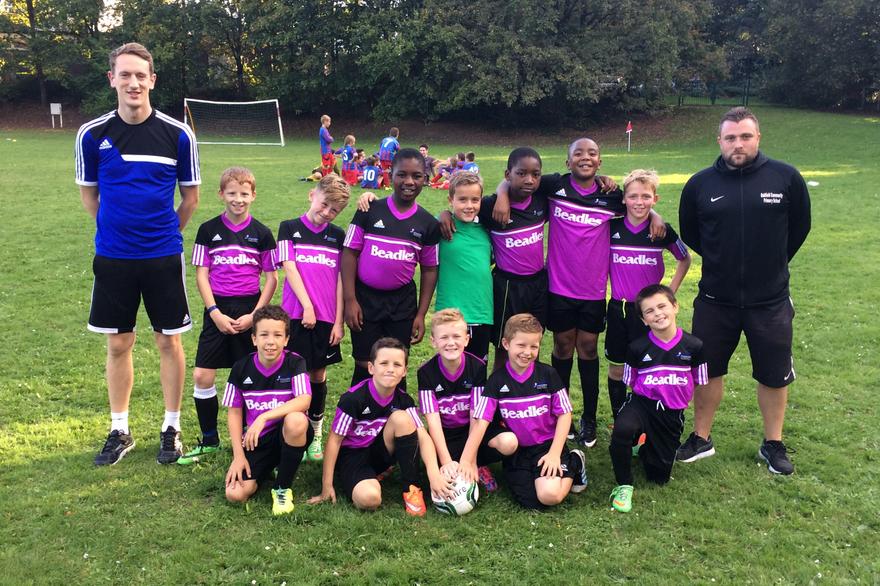 It was arduous at first. Our match was split into four sections. I was captain for our team. Both teams were strong in defence for 3 quarters but as the 4th quarter dawned on us, we took charge. As the goalkeeper kicked the ball, Nicholas T-S headed it (accidentally) to a Wilmington player.

The Wilmington player started running up to Adam but he managed tackle him and started running off with the ball himself. He passed it to Mukhtar, who was running, and passed it back to Adam who dribbled past a defender and smashed it high into the goal. 1-0.

The second goal was truly unbelievable. As our goalkeeper Robert passed the ball to Farouq, he looked up and found another pass straight to Nicholas. All of a sudden Nicholas T-S started running, he skilled 3 defenders, did a 360 turn, nutmegged a player and then to finish off a truly spectacular goal, he lobbed the goalkeeper.

We would like to thank Wilmington Primary School for being brilliant hosts and playing the game with great sportsmanship.