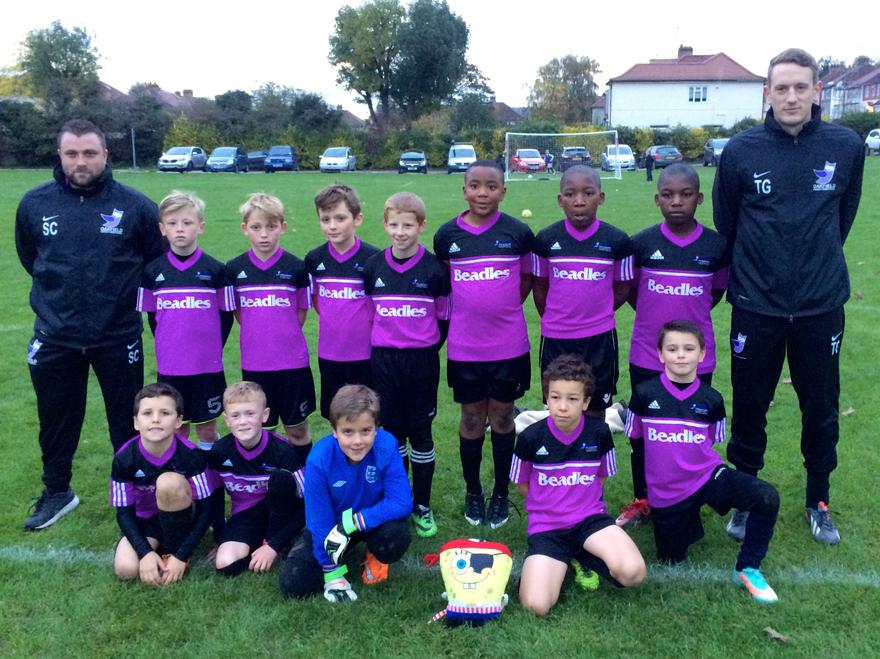 Intense but calm at the same time. Hard but easy. The first goal was scored by Nicholas Mullin by those frantic feet rapidly shuffling everywhere. The second goal was unbelievably scored by Jay Bent on his second attempt. The last goal scored in the first half was by Jay Bent who pounded it into the goal (again). An unbelievable first half.

The second half was a whole new mysterious fantasy of skills an tricks. The fourth goal was spectacularly scored by Nicholas Mullin from a great distance. I was quite surprised how the goal was still able to stay on the ground after that pounding shot.

The game was soon coming to an end and that was when Nicholas Tristram-Smith came into the game in a big way by scoring our last two goals. Both were equally as impressive as the other, the defence was mesmerised by his great skill. Unfortunately we then conceded a late goal which was run all from the half-way line and Rob, our goalkeeper, could do nothing about it.