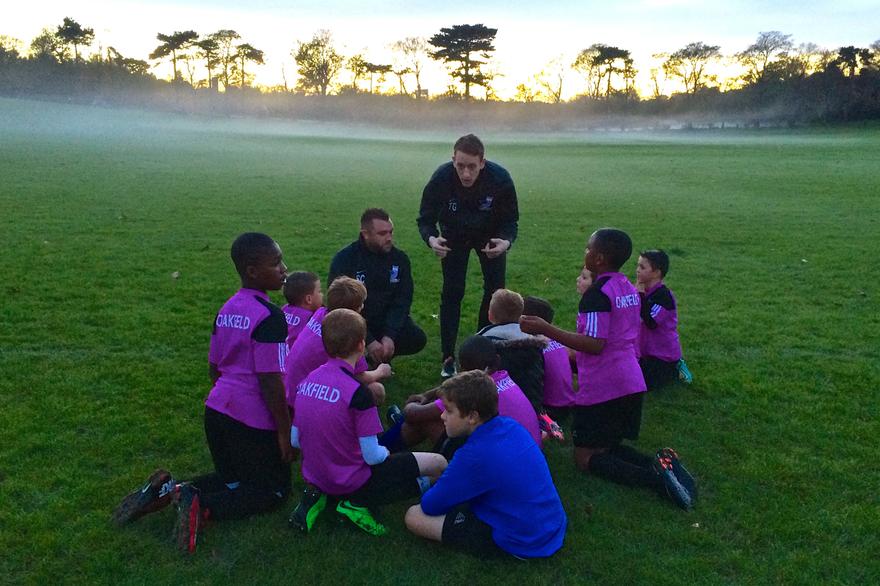 When we were putting the goals in place for the match I thought instantly that we were going to have an easy match. This was despite knowing that the other team had two district players in their squad. It was soon clear that I may have spoken too soon.
As the whistle blew, filling my ears with sudden grief, my heart nearly leapt a beat. The game was underway and we didn’t start well. In the first 5 minutes we were incredibly sloppy, giving the ball away cheaply and not looking like we wanted to win the game. It was clear that Mr Gale and Mr Curtain were not happy with our effort, so we needed to do something about it.
As time wore on Oakfield got it together. We started attacking with real menace and soon we won a corner. Farouq tried to head the ball towards the goal but the goalkeeper made a spectacular save only for the ball to fall miraculously at my feet. I powered the ball towards the goal (testing the goalkeeper’s reflexes to the max). I rejoiced happily as I had just scored my first goal of the season.
A while later we struck again with a very scrappy goal. Their goalkeeper was having the match of his life pulling off miraculous saves from every angle. However, the bombardment of their goal was only going to lead to another goal at some point and Nicholas Mullin pulled off a flabbergasting goal from outside the penalty area which lobbed over the goalkeeper into the top corner.
As the final whistle blew we had secured a 3-0 win and kept our winning streak up to 4 games!
Chima Ndukwu (football captain)