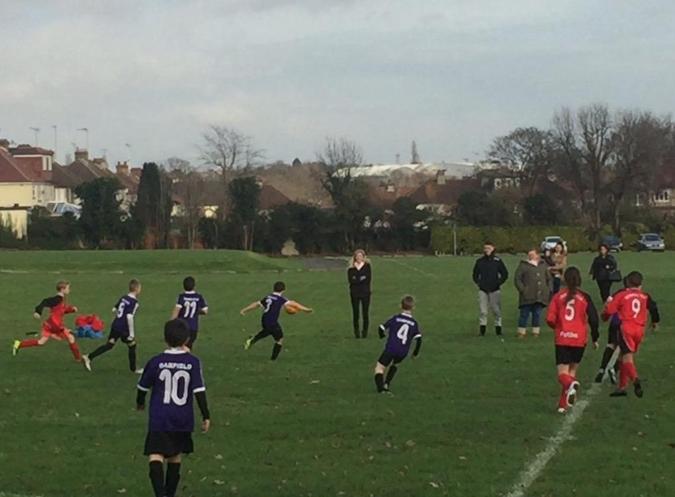 This was always going to be a competitive fixture, but it became apparent early on in the match that this was a game like no other.
With Oakfield having large amounts of possession it went against the run of play when Temple Will were controversially awarded a penalty, which they duly converted.
They managed to add two more goals which only came about through luck caused by silly Oakfield mistakes. Finally, after around an hour of outstanding passing and moving football we were rewarded with a goal when Muktar beat several defenders and ended up going round the goalkeeper to slot the ball home. Final score, 3-1 to Temple Hill.
Mr Gale and Mr Curtain both stated after the match that it was the single greatest team performance from an Oakfield football team they have ever witnessed. High praise considering we won the league last year.
Ben Wadman (football captain)