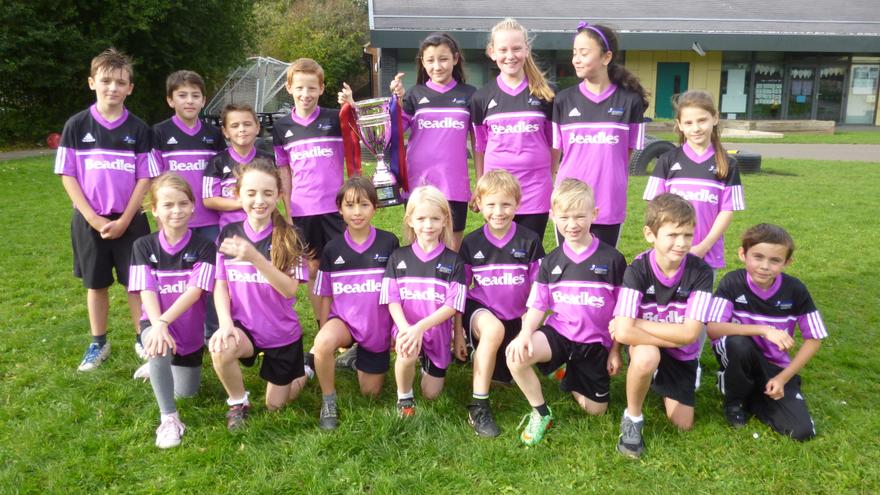 On the 23rd October The Galaxy Federation took part in the inaugural Inter-Federation Cross Country competition. Children from years 3,4,5 and 6 were selected to compete. They had run in the inter-house competition the day before and performed well. Years 3 and 4 had to run around Oakfield park twice whereas Year 5 and 6 had to complete a gruelling three laps.
The races were spectacular and with points awarded for every place finish it was important for every child to try their best, something that they certainly did. As the afternoon came to a close it was a tense time when we waited for the results.
Oakfield managed to accumulate 82 points to Temple Hill’s 69 points. This meant we were crowned Inter-Federation Champions at Cross Country and were awarded the brand new Galaxy Federation Cup.
We look forward to taking on Temple Hill in next term’s competition which will be netball. hopefully we can keep hold of the cup!
Ellie Mayhew (Cross Country Captain)